Born on 19th April 1909, Swami Lokeswaranandaji Maharaj left his mortal frame on 31st December, 1998. A renowned monk of the Ramakrishna order, Swami Lokeswaranandaji was a ‘Man without Frontiers.’ He was an erudite scholar & a great visionary with the rare ability of transforming his visions into action & achievement.
Sri K. R. Narayanan, Former President of India had observed that “Swami Lokeswaranandaji Maharaj belongs to India's tradition of the scholar sage. His learning was deep, as was his compassion for fellow human being. There was in him something of the inner luminosity of Sri Ramakrishna and the intellectual vigour of Swami Vivekananda.”
A man of indomitable courage, he built up the multidimensional educational complex of Narendrapur Ramakrishna Mission, and made it a centre for excellence in school education. He also created the Narendrapur Lokshiksha Parishad that continues to equip the rural youth with employable skills in thousands of villages all over the country. He also set up the Blind boys’ Academy in Naredrapur that has excelled as one of the leading institutions for the blind in whole of Asia.

During his tenure at Ramakrishna Mission Institute of Culture, Kolkata, Swami Lokeswaranandaji diversified the activities of the Institute and made it an International Cultural Centre recognized globally as an institution par excellence. He was the pioneer in establishing the Ramakrishna Vivekananda movement in Russia. He was invited to speak at Oxford, Cambridge, Humboldt & other universities throughout Europe, United States & Canada.
Professor Vytautas Landsbergis, Former President of Lithuania recalled, “Swami Lokeswarananda was for us like presence of that spirit of peace, goodwill and an attempt towards mutual understanding. It was a spirit of great mother India and we appreciate it very much.”
He had impressed geniuses from all walks of life. Pandit Ravishankar, the internationally acclaimed musician remembered him as, “one of the very few impressive personalities that I have come across in my life. He was a grand combination of knowledge, authority, creativity, humility and love! "
Nanritam had published a book to celebrate his Birth-Centenary, containing reminiscences of Swami Lokeswaranandaji Maharaj by many eminent personalities. This free e-book can be downloaded from the link. http://www.nanritam.in/reminiscences.html 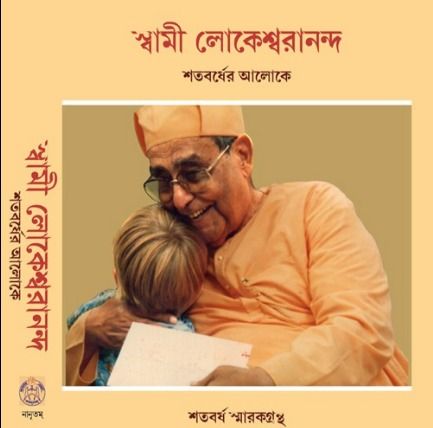 This e-book can be downloaded from the link.

A Birth Centenary Tribute to

A Birth Centenary Tribute to